The Playbook for Poisoning the Earth N SEPTEMBER 2009, over 3,000 bee enthusiasts from around the world descended on the city of Montpellier in southern France for Apimondia — a festive beekeeper conference filled with scientific lectures, hobbyist demonstrations, and commercial beekeepers hawking honey. But that year, a cloud loomed over the event: bee colonies across the globe were collapsing, and billions of bees were dying.
Bee declines have been observed throughout recorded history, but the sudden, persistent and abnormally high annual hive losses had gotten so bad that the U.S. Department of Agriculture had commissioned two of the world’s most well-known entomologists — Dennis vanEngelsdorp, a chief apiary inspector in Pennsylvania, then studying at Penn State University, and Jeffrey Pettis, then working as a government scientist — to study the mysterious decline. They posited that there must be an underlying factor weakening bees’ immune systems.
At Le Corum, a conference center and opera house, the pair discussed their findings. They had fed bees with extremely small amounts of neonicotinoids, or neonics, the most commonly used class of insecticides in the world. Neonics are, of course, meant to kill insects, but they are marketed as safe for insects that aren’t being directly targeted. VanEngelsdorp and Pettis found that even at nonlethal doses, the bees in the trial became much more vulnerable to fungal infection. Bees carrying an infection will often fly off to die, a virtuous form of suicide designed to protect the larger hive from contagion.
“We exposed whole colonies to very low levels of neonicotinoids in this case, and then challenged bees from those colonies with Nosema, a pathogen, a gut pathogen,” said Pettis, speaking to filmmaker Mark Daniels in his documentary, “The Strange Disappearance of the Bees,” at Apimondia. “And we saw an increase, even if we fed the pesticide at very low levels — an increase in Nosema levels — in direct response to the low-level feeding of neonicotinoids.”
The dosages of the pesticide were so miniscule, said vanEngelsdorp, that it was “below the limit of detection.” The only reason they knew the bees had consumed the neonicotinoids, he added, was “because we exposed them.”
Bee health depends on a variety of synergistic factors, the scientists were careful to note. But in this study, Pettis said, they were able to isolate “one pesticide and one pathogen and we clearly see the interaction.”
The evidence was mounting. Shortly after vanEngelsdorp and Pettis revealed their findings, a number of French researchers produced a nearly identical study, feeding minute amounts of the same pesticide to bees, along with a control group. The study produced results that echoed what the Americans had found.
Drifting clouds of neonicotinoid dust from planting operations caused a series of massive bee die-offs in northern Italy and the Baden-Württemberg region of Germany. Studies have shown neonicotinoids impaired bees’ ability to navigate and forage for food, weakened bee colonies, and made them prone to infestation by parasitic mites.
In 2013, the European Union called for a temporary suspension of the most commonly used neonicotinoid-based products on flowering plants, citing the danger posed to bees — an effort that resulted in a permanent ban in 2018.
In the U.S., however, industry dug in, seeking not only to discredit the research but to cast pesticide companies as a solution to the problem. Lobbying documents and emails, many of which were obtained through open records requests, show a sophisticated effort over the last decade by the pesticide industry to obstruct any effort to restrict the use of neonicotinoids. Bayer and Syngenta, the largest manufacturers of neonics, and Monsanto, one of the leading producers of seeds pretreated with neonics, cultivated ties with prominent academics, including vanEngelsdorp, and other scientists who had once called for a greater focus on the threat posed by pesticides.
The companies also sought influence with beekeepers and regulators, and went to great lengths to shape public opinion. Pesticide firms launched new coalitions and seeded foundations with cash to focus on nonpesticide factors in pollinator decline.
“Position the industry as an active promoter of bee health, and advance best management practices which emphasize bee safety,” noted an internal planning memo from CropLife America, the lobby group for the largest pesticide companies in America, including Bayer and Syngenta. The ultimate goal of the bee health project, the document noted, was to ensure that member companies maintained market access for neonic products and other systemic pesticides.
Read More 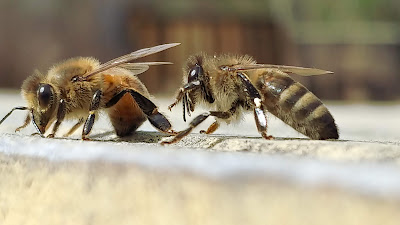 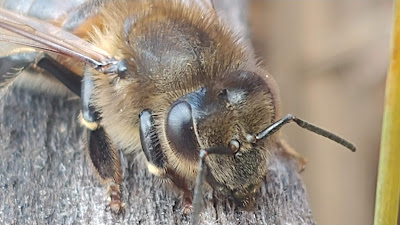