Is Small Cell Better For Your Hives?

Small cell foundation or natural cell has been a contentious discussion for quite awhile. There are some that say there is no evidence that small cell has any benefit to the bees. The primary reason being that it has no effect on varroa. This study was on the longevity of the honeybee.

In 2013, the bees reared in the SM-T colonies lived longer than those in the ST-T ones (Fig. 1). The positive effect of keeping colonies on small-cell combs on the longevity of bees reared on them was confirmed by the results in 2012, when the SM-UT bees lived as long as the ST-T ones (Fig. 1). Only in 2011 did the bees raised in the SM-UT colonies live shorter than those in the ST-T colonies, while, except for the life span of 75% of the bees, they did not differ from those in the ST-UT colonies. Longer life spans of the bees from the SM-T colonies in comparison with the ST-T colonies show that, in the absence of a strong pressure from V. destructor (Fig. 1, year 2013), the keeping of colonies on smallcell combs increases the longevity of bees reared on them. This is confirmed by the results for 2012, when the bees from the SM-UT colonies, exposed to a strong parasite pressure, lived as long as those from the treated colonies (ST-T). We make this assumption, since De Jong and De Jong (6) and Schneider and Drescher (19) demonstrated that increased bee colony infestation by V. destructor shortens worker life spans.*** 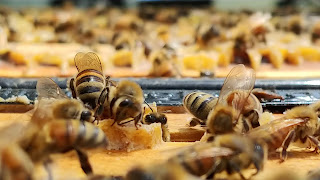 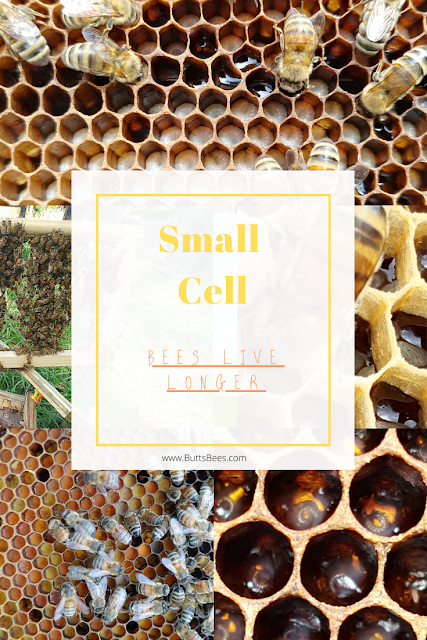