10 Things You Don't Know About Bees

Amaze your friends at the next bee club with some facts about bees.
In no particular order here are 10 bits to keep thing interesting.

1. Melittosphex burmensis is the oldest-known species of bee. It was discovered in 2006 in a piece of amber and is believed to date back to  100 million years ago , the Cretaceous Period .

3. There are approximately 25,000 species of bees worldwide. About 4000 genera or types and further divided by 9 families. 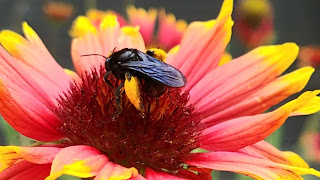 4. It is the young honeybee that produces the wax that makes up the hive. Wax is actually secreted from glands on the underside of the worker bee. As the bee ages theses glands get smaller and stop producing wax. Some bumblebees also produce wax .

5. The process of making honey begins in the bees' second stomach(her honey stomach). When gathering nectar in the field it is in this stomach that the nectar is mixed with an enzyme called invertase.

6. A honeybee beats her wings ( she has four) at 230 beats per second. That adds up to 11,400 strokes per minute
7. Worker bees live for about 5 weeks in the summer while those born in autumn will live 5 months or more.

8. Honey does not go bad ....ever! It can set up or crystallize, it may even ferment but it never goes bad. 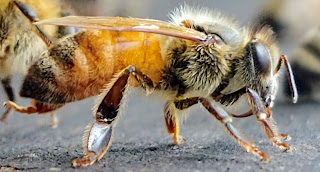 9. The bees "Waggle Dance" tells type of food source, direction and distance! We know that they calculate the angle of the sun and know the earth is round based on these dances.

10. Bees sleep! Some will sleep up to 8 hours. The forager bees sleep at night similar to us and use this time to store long term memory. So do they dream ?

So, there you have it! Go forth and spread your wealth! 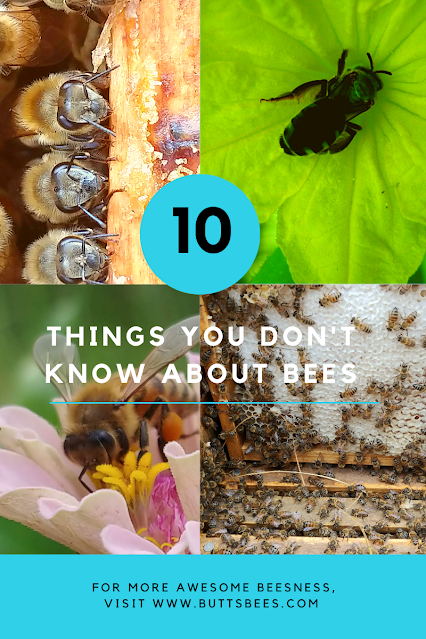