Two Thirds of ALL Insects have Disappeared!

Warning of 'ecological Armageddon' after dramatic plunge in insect numbers
Three-quarters of flying insects in nature reserves across Germany have vanished in 25 years, with serious implications for all life on Earth, scientists say 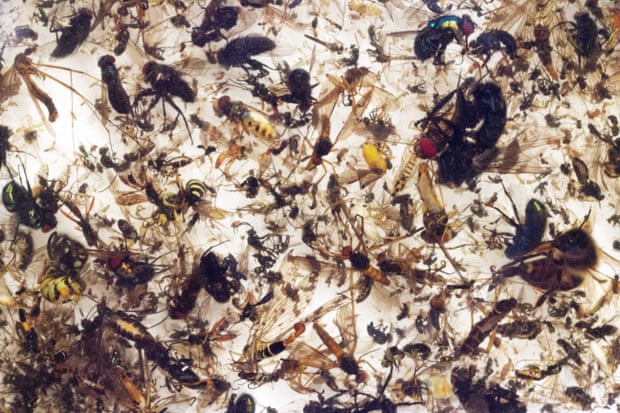 The abundance of flying insects has plunged by three-quarters over the past 25 years, according to a new study that has shocked scientists.


Insects are an integral part of life on Earth as both pollinators and prey for other wildlife and it was known that some species such as butterflies were declining. But the newly revealed scale of the losses to all insects has prompted warnings that the world is “on course for ecological Armageddon”, with profound impacts on human society.

The new data was gathered in nature reserves across Germany but has implications for all landscapes dominated by agriculture, the researchers said.


The cause of the huge decline is as yet unclear, although the destruction of wild areas and widespread use of pesticides are the most likely factors and climate change may play a role. The scientists were able to rule out weather and changes to landscape in the reserves as causes, but data on pesticide levels has not been collected.

“The fact that the number of flying insects is decreasing at such a high rate in such a large area is an alarming discovery,” said Hans de Kroon, at Radboud University in the Netherlands and who led the new research.

“Insects make up about two-thirds of all life on Earth [but] there has been some kind of horrific decline,” said Prof Dave Goulson of Sussex University, UK, and part of the team behind the new study. “We appear to be making vast tracts of land inhospitable to most forms of life, and are currently on course for ecological Armageddon. If we lose the insects then everything is going to collapse.”

The research, published in the journal Plos One, is based on the work of dozens of amateur entomologists across Germany who began using strictly standardised ways of collecting insects in 1989. Special tents called malaise traps were used to capture more than 1,500 samples of all flying insects at 63 different nature reserves. 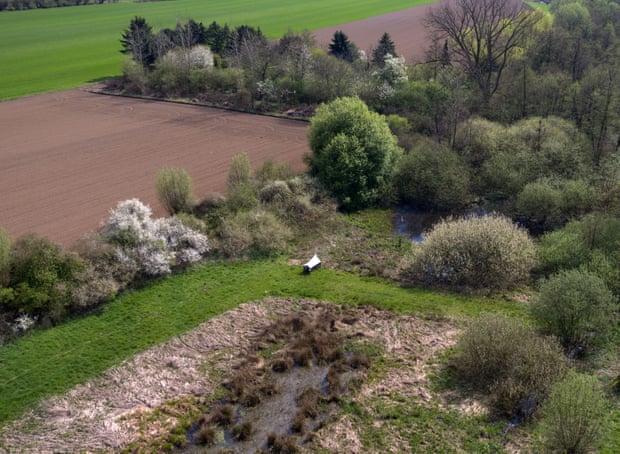 The malaise traps set in protected areas and reserves, which scientists say makes the declines even more worrying. Photograph: Courtesy of Courtesy of Entomologisher Verein Krefeld
When the total weight of the insects in each sample was measured a startling decline was revealed. The annual average fell by 76% over the 27 year period, but the fall was even higher – 82% – in summer, when insect numbers reach their peak.

Previous reports of insect declines have been limited to particular insects, such European grassland butterflies, which have fallen by 50% in recent decades. But the new research captured all flying insects, including wasps and flies which are rarely studied, making it a much stronger indicator of decline.

The fact that the samples were taken in protected areas makes the findings even more worrying, said Caspar Hallmann at Radboud University, also part of the research team: “All these areas are protected and most of them are well-managed nature reserves. Yet, this dramatic decline has occurred.”


The amateur entomologists also collected detailed weather measurements and recorded changes to the landscape or plant species in the reserves, but this could not explain the loss of the insects. “The weather might explain many of the fluctuations within the season and between the years, but it doesn’t explain the rapid downward trend,” said Martin Sorg from the Krefeld Entomological Society in Germany, who led the amateur entomologists.

Goulson said a likely explanation could be that the flying insects perish when they leave the nature reserves. “Farmland has very little to offer for any wild creature,” he said. “But exactly what is causing their death is open to debate. It could be simply that there is no food for them or it could be, more specifically, exposure to chemical pesticides, or a combination of the two.”

In September, a chief scientific adviser to the UK government warned that regulators around the world have falsely assumed that it is safe to use pesticides at industrial scales across landscapes and that the “effects of dosing whole landscapes with chemicals have been largely ignored”.

The scientists said further work is urgently needed to corroborate the new findings in other regions and to explore the issue in more detail. While most insects do fly, it may be that those that don’t, leave nature reserves less often and are faring better. It is also possible that smaller and larger insects are affected differently, and the German samples have all been preserved and will be further analysed.

In the meantime, said De Kroon: “We need to do less of the things that we know have a negative impact, such as the use of pesticides and the disappearance of farmland borders full of flowers.” 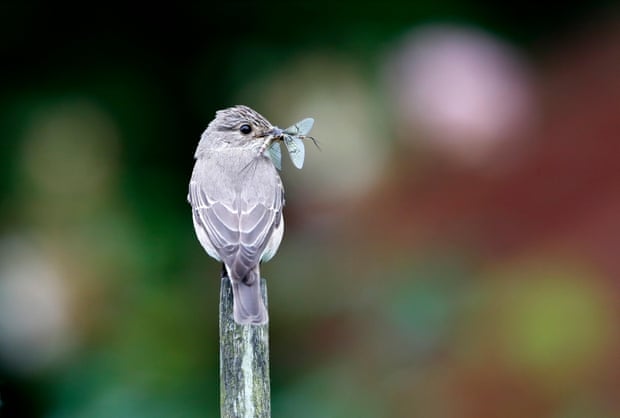 As well as being pollinators insects provide food for birds and other animals and help control pests. Photograph: Kevin Elsby/Alamy

Lynn Dicks at the University of East Anglia, UK, and not involved in the new research said the work was convincing. “It provides important new evidence for an alarming decline that many entomologists have suspected is occurring for some time.”

“If total flying insect biomass is genuinely declining at this rate – about 6% per year – it is extremely concerning,” she said. “Flying insects have really important ecological functions, for which their numbers matter a lot. They pollinate flowers: flies, moths and butterflies are as important as bees for many flowering plants, including some crops. They provide food for many animals – birds, bats, some mammals, fish, reptiles and amphibians. Flies, beetles and wasps are also predators and decomposers, controlling pests and cleaning up the place generally.”


Another way of sampling insects – car windscreens – has often been anecdotally used to suggest a major decline, with people remembering many more bugs squashed on their windscreens in the past.

“I think that is real,” said Goulson. “I drove right across France and back this summer – just when you’d expect your windscreen to be splattered all over – and I literally never had to stop to clean the windscreen.”
Read it here


This study is indicative of the entire world. Let's not stick our heads in the sand any longer. Stop using weed killers, bug sprays , mosquito sprays and the like. Remember the web of life is intricately woven.
Beekeepers have an even more important role in NOT using these chemicals in their hives! Choose your honey source wisely, know your beekeeper.
Labels: Animal health Beekeeping Biology colony collapse disorder Environment food security Goulson Guardian Home and garden honey Mississippi Monsanto Nucs for sale pollinators queens for sale

We love hearing from you!
Express yourself clearly and use sources when possible.