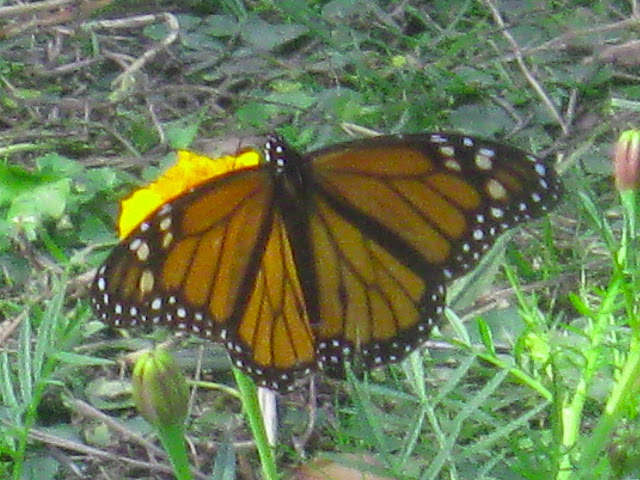 Thinking of planting ?  Think native species or heirloom varieties. Think can this plant encourage diversity in my yard and help bring in beneficial insects and pollinators? Below is an old article but relevant nonetheless.


A study published in the May 20 edition of the British scientific journal Nature by Cornell University researchers suggests that Monarch butterflies may be threatened by pollen from genetically modified (GM) corn. The "Bt-corn" studied by the Cornell researchers has genes from the bacterium Bacillus thuringiensis (Bt) spliced into the corn genes to protect against European corn borers, which are destroyed by the genetically-engineered plant's toxic tissue. Unfortunately, Bt-corn also produces pollen containing crystalline endotoxin from the bacterium genes. This pollen is carried by the wind to other plants, including the Monarch butterfly's favorite food, milkweed. The endotoxin in the transformed pollen, according to the researchers, enters the caterpillar's gut, the wall of which consequently changes from a protective layer to an open sieve, allowing pathogens to be released into the insect's body.


Researchers dusted GM corn pollen onto the leaves of milkweed, which grows best in "disturbed" habitats, like the edges of cornfields. Half the Monarch butterflies died and the rest grew to only 50% normal size. A Swiss study also indicated that lacewing insects can be killed by Bt-corn. At least 18 different Bt-engineered crops have been approved for field testing, and since last year, GM corn, potatoes and cotton are approved by the U.S. Department of Agriculture for commercial use. Bt-potatoes with genes added to produce GNA lectin ( a natural poison found in snowdrops) have been found to kill ladybirds -- a highly beneficial non-target species. Cornell assistant professor of entomology John E. Losey, who headed the study, says that pollen from Bt-corn could represent a serious risk to populations of Monarchs and other butterflies. 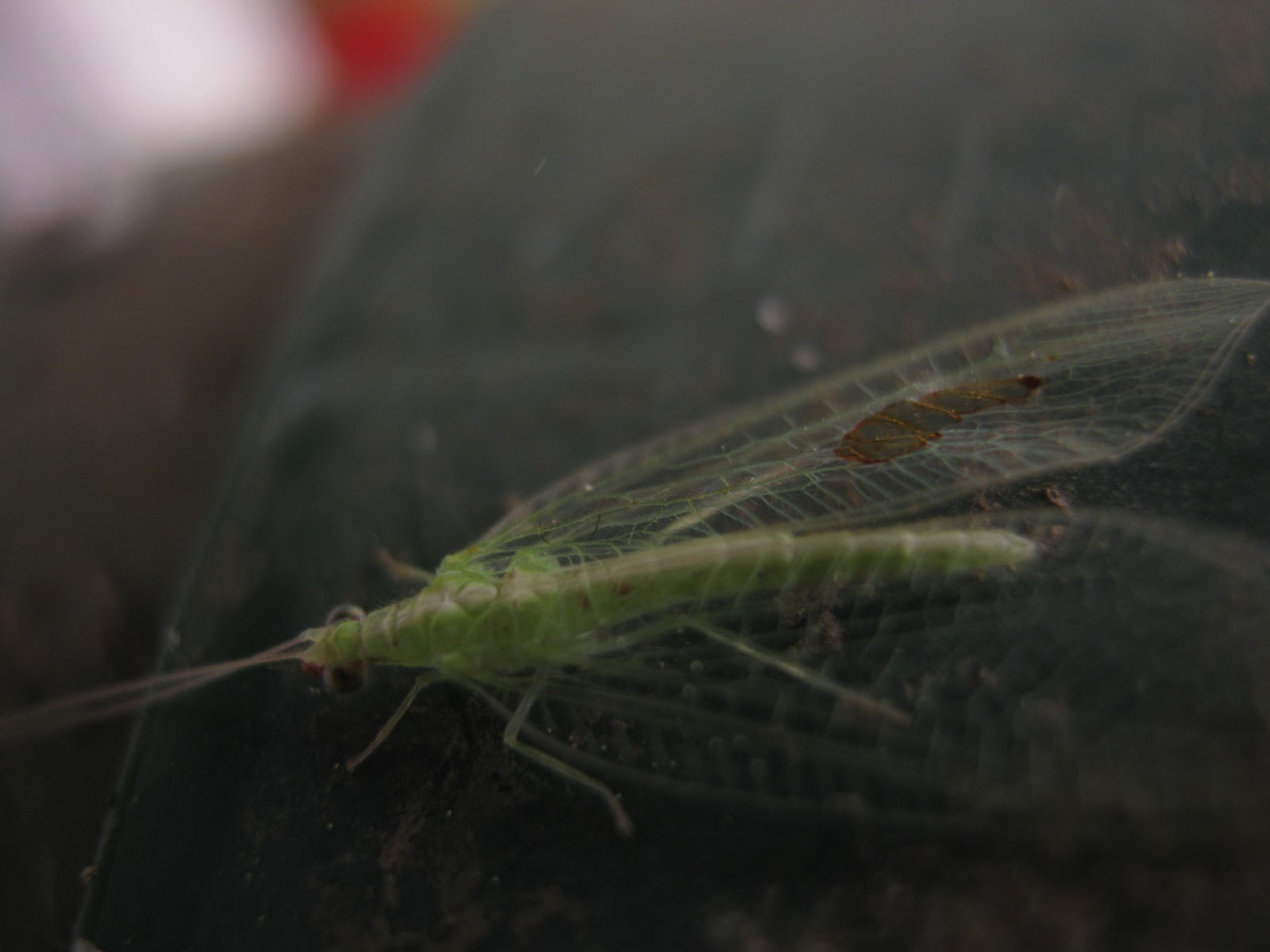 "Like all grasses," says Losey, "corn is wind- pollinated, and the pollen can be blown more than 60 yards from the edge of cornfields.... That's why we are concerned about this problem." Concerns have been voiced that genes in GM corn could contaminate organic food crops. "Monarchs are considered to be a flagship species for conservation. This is a warning bell," commented Linda S. Rayor, Cornell instructor in entomology. "Monarchs themselves are not an endangered species right now, but as their habitat is disrupted or destroyed, their migratory phenomena is becoming endangered."


Virtually every person in North America is already eating GM corn and a growing number of other genetically altered foods, which are mixed indiscriminately with non-GM strains. Genetically engineered foods are not labeled as such -- something the biotech industry has lobbied strenuously and successfully against, including pressure to pass laws that prohibit producers of non- genetically engineered foods from saying so on their labels. North American consumers have been astonishingly sanguine about these developments, unlike our European cousins who have protested and rioted against the import of U.S.-grown GM corn and soybeans. Personally being of the philosophical persuasion that "you are what you eat," this writerÕs comfort level about genetically engineered foods is not high, and I would not knowingly eat them, but I probably am eating them anyway. The point is, nobody, including scientists and government agencies like Health Canada, really knows whether these foods are safe or not. As some European anti- biotech protesters put it: "We are not your guinea pigs!" Unfortunately, here in the U.S. and Canada we are. Biochemist John Fagan of Cornell commented some time ago that genetically engineered foods are "very risky because these genes have never been part of the food supply before. We don't know if they are allergenic or toxic... they should test them as vigourously as they test a new drug. They aren't doing that." Or as Vermont businessman and organic gardener Don Mayer puts it: "It is again a situation where money, greed and science combine to create subtle Frankensteins. Genetically engineered food is a threat, not only to butterflies but ultimately to ourselves as well. Personally, I do not trust a company like Monsanto with our gene pool!" American geneticist Wes Jackson has argued that "while ninety-nine percent of these experiments will be harmless, then one will be in the category of ozone destruction."


Jackson suggests that the primary motive behind most genetic engineering of food crops is to splice in resistance to weed-killing herbicides so that their manufacturers can sell more chemicals to farmers. For instance, Monsanto's "Roundup Readyª" soybeans and corn (still banned in Europe) are altered with a gene that makes the plant resistant to Monsanto's Roundupª herbicide. Which makes Monsanto's defense that bt-corn's built-in toxicity allows fewer applications of chemical pesticides ring a bit hollow, although technically true. The problem, as I see it, is that while butterflies and ladybugs have very short lifespans and toxic effects of agents affecting them show up almost immediately, low-level toxicity to humans often takes years or even decades to show effect. To my mind an "innocent-until-proven-guilty" policy with respect to genetically altered foodstuffs amounts to biological Russian roulette. 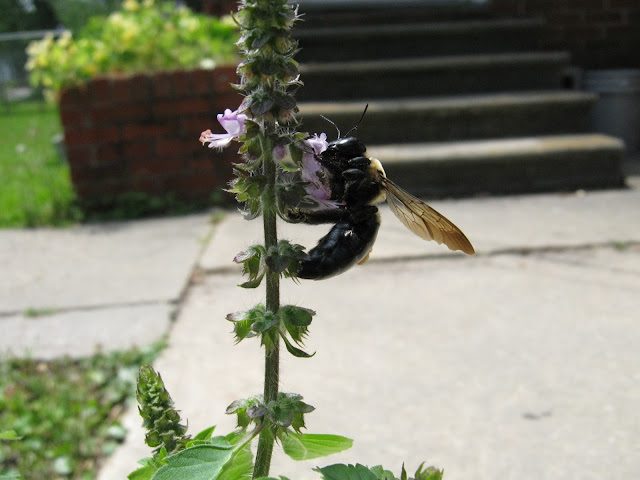